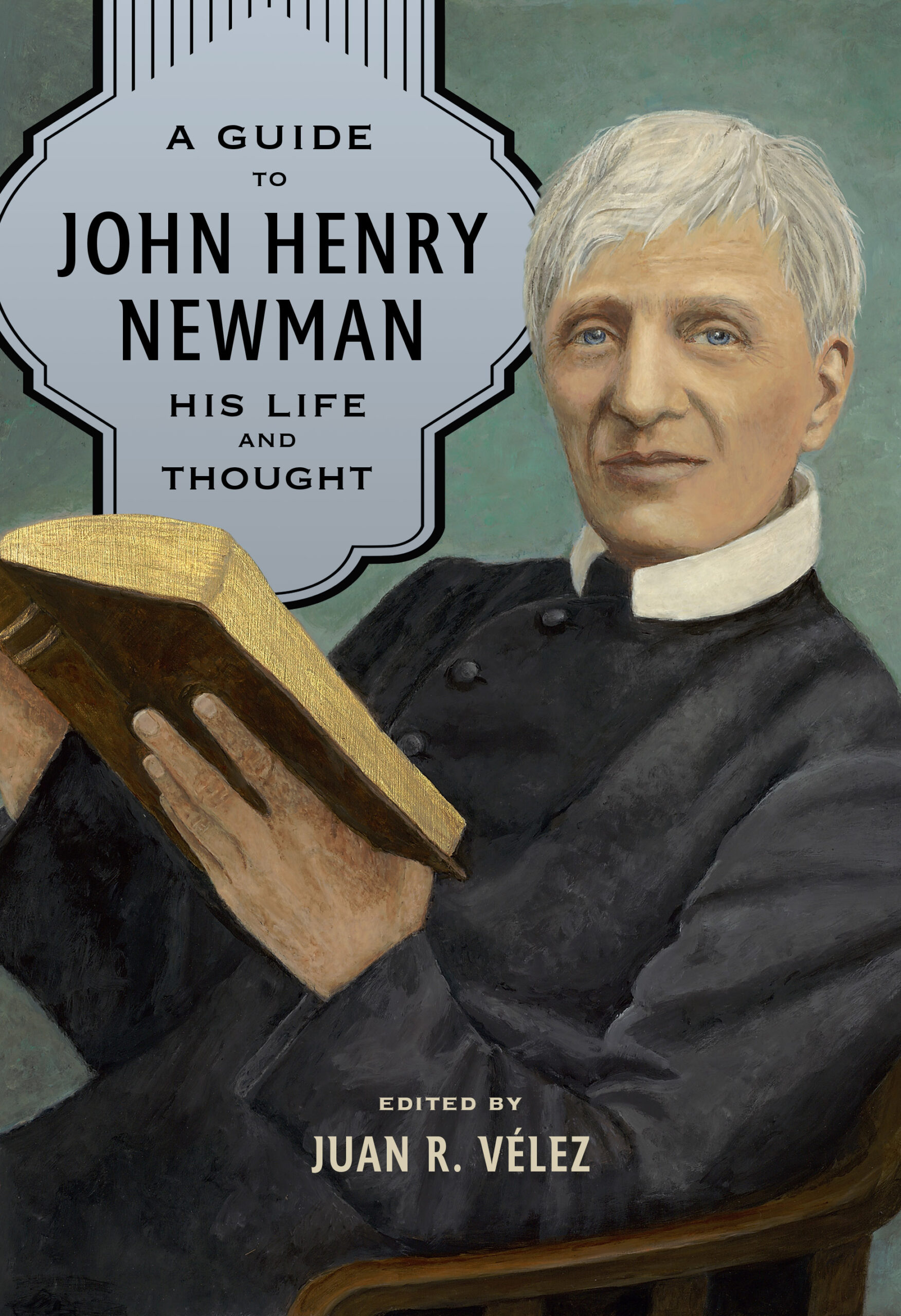 We were delighted to get to interview Juan R. Vélez about his new book, A Guide to John Henry Newman: His Life and Thought (CUA Press, 2022). Fr. Vélez is a priest of the Prelature of Opus Dei and an independent scholar. He is also the author of Passion for Truth: the Life of John Henry Newman and Holiness in a Secular Age: the Witness of Cardinal Newman.

Q: What led you to creating this book? What about John Henry Newman interests you?

A: After John Henry Newman’s canonization on October 13, 2019, I felt the need for another comprehensive volume, both scholarly and accessible to students, which would include some subjects not addressed in other similar volumes such as his friendship, poetry and vision of the liturgy.

I have been a Catholic priest for almost twenty-five years. I began studying Newman in 1995 for my doctoral dissertation at the University of Navarra which I completed in 1998. Before this, I obtained a degree in medicine and trained in internal medicine.

Little did I know when I was a child, living with my parents in Ealing, London, where Newman once lived, that one day I would study and write on this renowned Englishman.

Q: What is the scope of the book and who are the contributors?

A: This work presents many aspects of Newman’s life written in a scholarly manner yet accessible to students and an educated public. The twenty-three contributors are scholars from six different countries, and for the most part university professors. A few of them were converts to Catholicism like Newman.

The topics were chosen to paint a picture of Newman’s life. He was an Anglican convert to Catholicism, he became an Oratorian priest; he was a student of the classics and of the Church Fathers. He was a priest, an educator, the leader of the Oxford Movement, a philosopher, a musician and a poet. Without being a biography, this first part of the volume gives a rounded picture of Newman’s life.

The second part of the volume offers a wide range of Newman’s contributions to theology, for example, his teaching on faith and reason, development of doctrine, liturgy, the Church or ecclesiology and liturgy.

Q: Newman scholarship has grown substantially in recent years. How do you approach Newman here?

A: One of the characteristics of the volume is that the contributions represent a wide range of methodologies according to the field of learning of each contributor. While attention is paid to history, the approach is broader than a historical-critical study of Newman’s writings.

In addition, throughout the volume a favorable view of Newman is presented. The honesty of his life and writings is not brought into question as a few recent volumes have done. Some chapters offer discussion of such scholarship but it is done in a respectful tone which invites future study.

It will be clear to the reader of this volume that Newman was an intellectual whose thinking developed, and someone with a personal history, limitations and strengths. At the same time, it will be evident that he was more than a great thinker; he was a very good friend, a dedicated teacher, a pastor of souls and a man who lived for others.

Q: Looking back now, is there anything you would change or add?

A: There are some topics I would like to have covered in the volume, for example, chapters on Newman’s prose and on his life of prayer. It would have been good also to dedicate a chapter to Newman and the New Evangelization. Limitations of time and space (pages) did not make this possible.

But as editor of this volume, I congratulate the authors of the various chapters and express the lively hope that this work will be a point of reference and stimulus to future Newman scholars, and instructive to the general readers.