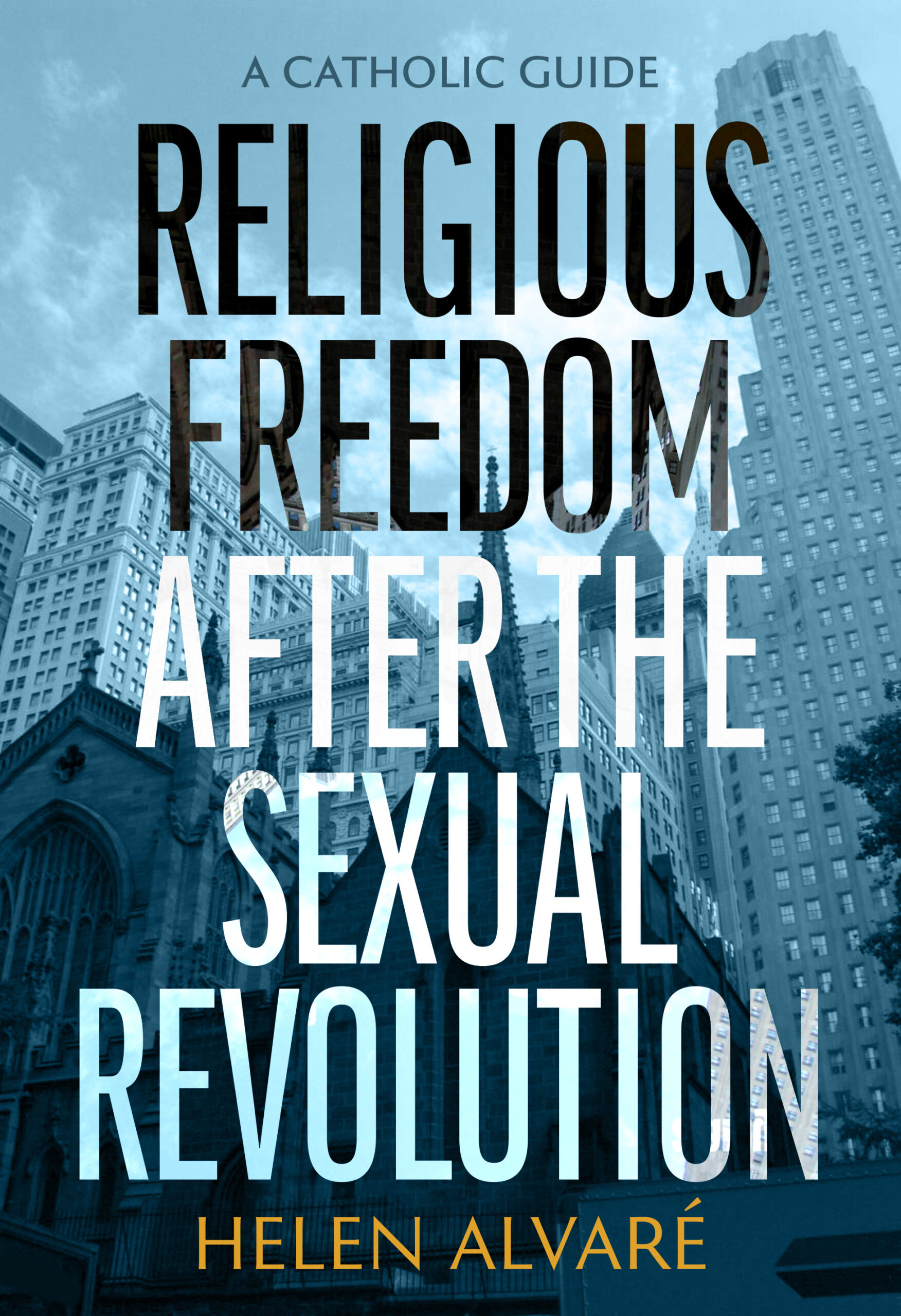 The following is an excerpt of Helen Alvaré’s newest book, Religious Freedom after the Sexual Revolution: A Catholic Guide (CUA Press, 2022). Helen Alvaré is Professor of Law at George Mason University. She serves the Vatican in multiple capacities including in the implementation of Pope Francis’ Motu Proprio Vos Estis Lux Mundi.

The Legal and Cultural Context

The legal part of the story about how our nation became so preoccupied with sexual expression rights runs from about 1965 to the present. During these years, lawmakers incrementally but ultimately concluded that the state has no interest in preserving any links between sex, marriage, and children, that fulfilling one’s sexual desires is nearly a human right, and that an individual’s sexual identity is self-created. For brevity’s sake, I call this set of ideas “sexual expressionism.”

The legal story of sexual expressionism begins with the 1965 Griswold v. Connecticut decision in which seven members of the Supreme Court held that married couples have a constitutional right to buy and to use birth control.21 While the Court acknowledged that the text of the Constitution does not speak about birth control, it reasoned that there were “penumbras and emanations” emitted from several other explicit guarantees in the Bill of Rights, which, together, pointed to married couples’ possessing a right of “privacy” extending to their relationship and their bedroom and expansive enough to include the right to use birth control.

Griswold is easily characterized as the case kicking off the Supreme Court’s high level of interest in sexual freedom as individual liberty. There the Court proved willing to create a constitutional right without explicitly supporting constitutional text. This exercise is not only fraught with uncertainty, but easily invites judges to substitute their personal predilections for the actual meaning of the Constitution and at the same time to trespass into the rightful sphere of legislatures. Note that the US Constitution is supreme: no federal or state law or state constitution may contradict what the Supreme Court holds the US Constitution to require. No law may provide fewer rights than the US Constitution commands. Thus, Griswold’s conclusions affected Americans and American law from coast to coast. At the same time, relative to the Supreme Court’s later pronouncements, Griswold is a modest holding: the Court confined the right to use contraception to married couples and spoke of the sacred quality of marital relationships and bedrooms.

The Supreme Court’s decision in Eisenstadt v. Baird exhibited no such modesty.22 In Eisenstadt, the Court held that single persons have a constitutional privacy right to use contraception. In the course of its holding, for the first time, the Court separated sex from both marriage and childbearing. It stated that

“the marital couple is not an independent entity with a mind and heart of its own, but an association of two individuals each with a separate intellectual and emotional makeup. If the right of privacy means anything, it is the right of the individual, married or single, to be free from unwarranted governmental intrusion into matters so fundamentally affecting a person as the decision whether to bear or beget a child.23”

Eisenstadt also dramatically altered the “right of privacy” so as to locate it not in a marital relationship or bedroom, but in the mind of the individual. In its holding that single persons had a “liberty” right to use contraception under the Fourteenth Amendment to the Constitution, it stated that this liberty included the right to make “decisions about matters so fundamentally affecting a person” in her “intellectual and emotional makeup.”

For purposes of clarity, I should pause a moment to explain how the Court interprets the Fourteenth Amendment to provide for substantive rights not appearing in the text of the Constitution. One provision of the Fourteenth Amendment guarantees that “nor shall any State deprive any person of life, liberty, or property, without due process of law.” It was originally understood to guarantee fair procedural process; for example, the right to know the charges brought against you and to be heard in a court of law. Over time, however, the Supreme Court held that the due process guarantee also promises certain substantive rights implied by America’s long-standing history and tradition. These are announced by a vote of a majority of the justices on the Court. The additional cases below will show that the Court has often altered its articulation of this test and that what is now called “substantive due process” has become the leading vehicle for the Supreme Court’s inventing new “rights” regarding sex, marriage, and parenting that do not only appear nowhere in the text of the Constitution, but that also contradict America’s history and tradition, rather than respect them.

Returning to the subject of Eisenstadt, its hallmark is individual choice regarding sexual matters. The Court’s decision separated sex from marriage and from children, and moved the constitutional right of privacy out of the relationship between the marital couple and out of the marital bedroom, and into the mind of the individual, married or single.