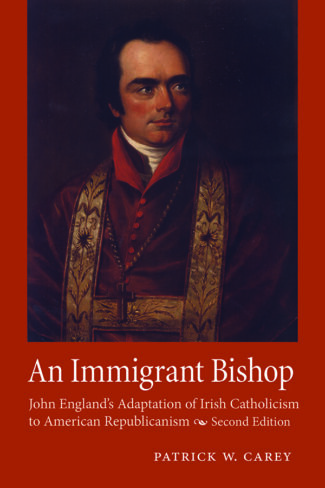 Excerpt of An Immigrant Bishop

Because of their own political and religious environment, England and his colleagues saw the shifting conditions in the world as advantageous to the Catholic Church; the Irish church, at least, had gained greater freedom because of the eighteenth-century revolutions. He and his colleagues were accustomed to speaking of change, reform, adaptation, republicanism, and democracy as beneficial to the Catholic Church.