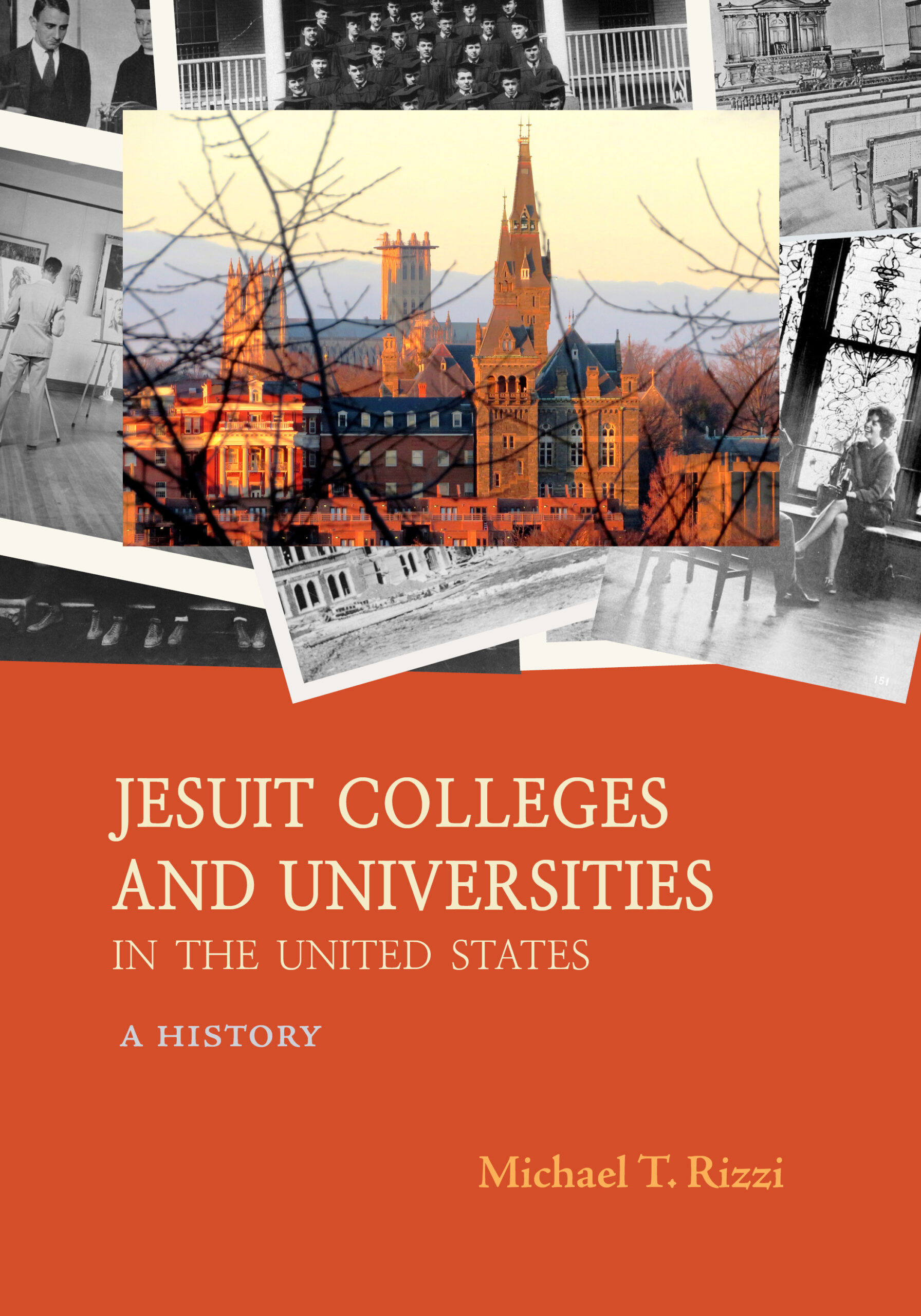 We were delighted to be able to talk to Michael T. Rizzi about his newest book, Jesuit Colleges and Universities in the United States: A History (CUA Press, 2022).

Q: Jesuit Colleges and Universities in the United States covers a wide expanse of time, from the founding of Georgetown University in 1789 to the 21st century. What aspects of this history were the most tempting for you to write about that you excluded?

A: Luckily, I was able to include just about everything I thought was important, and the great editorial team at CUA Press never pressured me to remove anything. The goal of the book was to write an omnibus history of Jesuit colleges that covered everything—including schools that survived and schools that failed—to tell a complete story. I knew that many readers will be graduates of a Jesuit college and that they will be mainly interested in the history of “their” school, so I tried hard not to give short shrift to any one college. That said, I hope that readers don’t just flip ahead to the chapter on the college closest to their hearts. The story is told as a narrative, and the same characters show up again and again in different locations and different contexts. The Jesuit who founded your favorite college very likely taught at many other colleges throughout his career.

Q: One of the book’s primary guiding questions is how Jesuit schools responded to challenges from the secular public and Rome throughout the years. What were some of the underlying factors that led to institutions reacting differently to the same dilemma?

A: Geography and demographics were the biggest differences, so a big part of telling this story was exploring how different parts of the United States developed differently through immigration. California colleges were in a very different environment than Midwestern colleges, for example. All Jesuit colleges had to survive, and the population of their local communities helped to shape their decisions. Western schools like Seattle University were pioneers in admitting women partly because they were located in smaller, less developed cities where the male population was limited. Southern schools like Loyola University (New Orleans) and Spring Hill College (Mobile) had to contend with the fact that the Catholic population of the South was small and anti-Catholic prejudice was often more pronounced. Meanwhile, Jesuit colleges in Boston, New York, and Philadelphia had a much bigger supply of local Catholic men to recruit. This is part of the reason why East Coast colleges were some of the last to admit women.

Q: What would you say has been the most consistent, enduring conflict facing U.S. Jesuit universities from the colonial era until now?

A: It’s been the need to compete with secular universities. Jesuits were some of the greatest educational pioneers in our country’s history, and they were often the first to open any kind of school in the communities they served. Jesuit schools granted the first bachelor’s and/or master’s degrees west of the Mississippi (Saint Louis University) and the first on the West Coast (Santa Clara University). But eventually, the government founded public universities in those same communities that could offer an education more cheaply. These public colleges quickly set the standard and wrote the rules of the game for higher education. The Jesuits had to adapt—for example, by reducing the length of their bachelor’s degree programs from six years to four—to be in line with the public schools. As I write in the book, the Jesuits were the first to do many things that the government eventually perfected, so ironically, they often had to play catch-up to schools that came after them.

Q: What is one lesser-known aspect of this history that you wish more Catholic institutions knew?

A: One thing that struck me again and again while doing this research is the timelessness of the debates about Catholic education. Catholic colleges and universities today are thinking seriously about what it means to live out a Catholic mission and identity, as they should. They’re asking questions about what it means to be diverse, what it means to shape students’ ethics and morals, and what role the Church should play in university governance. Those same questions, almost word-for-word, were being discussed in the 1800s. It’s very important for Catholic higher education to be cognizant of this history and not to try to reinvent the wheel. There is a lot we can learn from the previous two centuries of debate about what a Catholic college curriculum should look like, what a Catholic law school or business school should do differently from its secular counterparts, etc. These are all very important questions, and our generation is not the first to ask them.

Make sure to check Michael out at his website, www.michaelrizziauthor.com