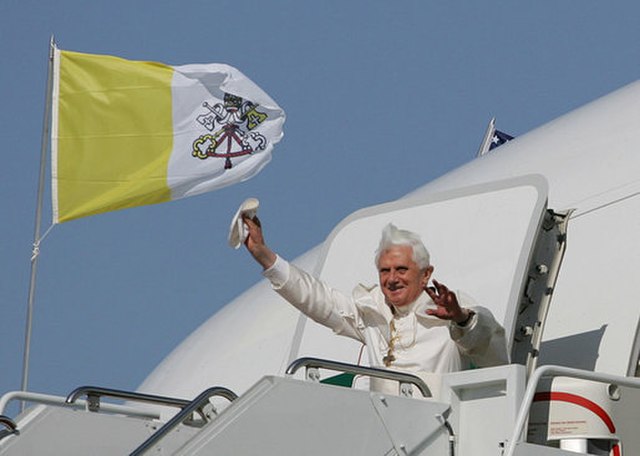 Listen to Mozart and Bach

Here’s a Spotify playlist to get you started, courtesy of Aleteia.

Keep Christmas in your heart

Pope Benedict grew up in Bavaria in southern Germany, a region full of Advent and Christmas traditions that he held dear, and his homilies and writings on these seasons have a particular tenderness.

Read a book by Benedict

One of the great parts of his legacy are the many writings he left behind, all full of deep theological insight yet accessible to the ordinary Catholic. If you want something short, you might consider this early work of Joseph Ratzinger, The Unity of the Nations: A Vision of the Church Fathers (CUA Press, 2015).

Read a book about Benedict

One of his most famous intellectual encounters was a debate with the esteemed secular political theorist Jürgen Habermas, which James Martin Carr lays out in the upcoming book, Catholicism and Liberal Democracy: Forgotten Roots and Future Prospects (CUA Press, 2023).

Pope Benedict XVI has been heralded as one of the greatest scriptural scholars of our time, culminating in the exhortation Verbum Domini, which re-contextualizes how the Church is meant to approach the Bible.

He was so famous for his love of felines that when Jeanne Perego wrote a children’s book about him, she did it through the eyes of a cat.

While his successor is perhaps the better-known pope for ecological writings, Pope Benedict took the first steps to guide the modern Church towards a better care of God’s creation. His writings on the subject appear in the book, The Garden of God: Toward a Human Ecology (CUA Press, April 2014).

Break out those red shoes

He wore red shoes, not because they were designed by Versace or Gucci, but because he wanted to honor the tradition and beauty of the Church. And maybe he really did like red shoes. They’re kind of great.

Make an act of faith

Matthew Ramage has explored Benedict’s faith-filled alternative to modern skepticism in The Experiment of Faith: Pope Benedict XVI on Living the Theological Virtues in a Secular Age (CUA Press, 2020).

Reach out to someone who is misunderstood

As a young man, Joseph Ratzinger was drafted by the Nazis late in the war, and later deserted and became a prisoner of war. This involuntary “service” was used by his critics to brand him “a Nazi Pope.” Later, his role as the chief enforcer of doctrine led to nicknames like “God’s Rottweiler” and “the Panzer Cardinal.” When he was elevated to the papacy, contrary to the expectations of his detractors, he was a kind and humble man, who would rather have left the limelight years before to return to academic studies.

Sometimes, when he was upholding Catholic doctrine on difficult topics, Benedict XVI made no apologies. But other times, he very publicly made mistakes, such as lifting penalties for a bishop who was a Holocaust denier, and had to issue a mea culpa. If leaders today see apologies as seals on a coffin, Pope Benedict reminds us of their necessity.

As a lover of truth and of faith, Pope Benedict wrote eloquently about the importance of Catholic education, such as the speech during his visit to Catholic University of America in 2008, or his book, A Reason Open to God: On Universities, Education, and Culture (CUA Press, 2013).

Encourage vocations to the priesthood

Following the structure of the pope’s letters to seminarians, Fr. Pietro Rossotti, FSCB, assembled a collection of Benedict’s writings on the topic titled Called to Holiness: On Love, Vocation, and Formation (CUA Press, 2017).

Wear a T-shirt with his face on it

Our favorite is this “I love my German Shepherd” shirt. It’s well outside Pope Benedict’s simple and classic aesthetic, but that doesn’t have to stop you.

The thing that Pope Benedict will probably be most remembered for is what he didn’t do—continue serving as pope. When he realized he was no longer in a condition to lead the church, he stepped aside and abandoned himself to God’s will.

Eternal rest grant unto him, O Lord, and let the perpetual light shine upon him. May he rest in peace.