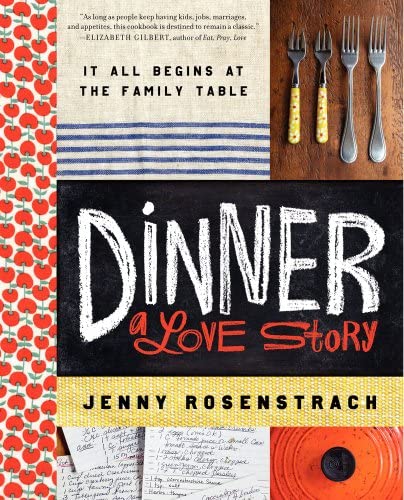 We have reached Full Fall Mode here in DC. That means sweaters, hot beverages, fallen leaves, and of course, good books! Here are the stories on our minds as we’ve enjoyed the changing seasons.

A Swim in the Pond in the Rain is short-story icon George Saunders’s reading of Russian literary masters Chekhov, Turgenev, Tolstoy, and Gogol. Far from academic or analytical, Saunders gives a frank and funny take on what makes a short story work. The look inside Saunders’s mind is of course intriguing, but for me the real delight is having a tasting menu of Russian literature that was curated to be accessible: Saunders has taught M.F.A. students for more than twenty years, and these are the stories that always seem to make sense to his students. The easy style of Saunders + timeless inquiries into human nature + Russian peasantry and snowy scenery + 1 cup hot chocolate (not included with book purchase) = a very pleasant way to pass an autumn afternoon.

I recently checked off a series that has been on my to-read list for a long time: a manga called Vinland Saga by Makoto Yukimura. True to its name, it’s a historical fiction epic centering around the Danish conquests of England at the turn of the 11th century, along with their settlements in Iceland and the titular Vinland (northern Canada). But it’s also a deeply personal story about a young man’s struggle with violence, growing up entrenched in Norse warrior culture. I can’t do justice to the historical and thematic layers Yukimura weaves into this work here, but rest assured, any fan of the genre will find this to be an absolute gem, regardless of their familiarity with the medium.

I just finished Attachments by Rainbow Rowell. It’s set in a newsroom at the turn of the century. IT guy Lincoln is tasked with monitoring employee emails and begins reading exchanges between friends Beth and Jennifer. He looks forward to their emails and starts falling in love with Beth, even though he’s never seen her. It’s a fun book with lots of great Y2K and late-90s references. I’ve also been slowly paging through Dinner: A Love Story by Jenny Rosenstrach. It’s part cookbook, part ode to the family dinner and is giving me some great ideas for mealtime.

I’m reading The Passenger by Cormac McCarthy. He’s amazing, one of my favorites. He’s 89 and this is his first book in 16 years, and he’s got a ‘Part 2’ planned? Either he’s written it already or he’s very optimistic about his longevity! It’s dark, grim, depressing (like all of his work) but incredibly well-written. Only about 70 pages in thus far but quite good!

I’m reading a personal account written by an Afghan civic leader, Zarifa Ghafari, in partnership with Hannah Lucinda Smith. The title is Zarifa: A Woman’s Battle in a Man’s World. Ms. Ghafari’s earliest childhood memories are of a life of hardship under the first Taliban regime in the 1990s. In 2019 Ms. Ghafari became the first female mayor of an Afghan city, Maidan Shahr, but a year and a half later the return of the Taliban forced her to flee, one of thousands of evacuees in the surging crowds at Kabul Airport in August 2021. She was welcomed as a refugee by the German government. Six months later she made a surprising decision: “I returned to Afghanistan, determined to look the Taliban in the eye,” she says in her book. She was able to implement her resolve with the support of the German government, and, under the watchful eye of the international community, she continues to work for the welfare of her people. This is an inspiring story!

I’m listening to Njál’s Saga on my commute. It is a 13th century saga that follows the lives of two men, Njál and Gunnar. They and their families become involved in an extended family feud with a few notable Icelandic clans. The story details the lengths they go to to protect and avenge their family members both through the Icelandic legal system and outside of it. All of the story, even the incredibly violent and heartbreaking parts, is told in a quintessentially stoic Norse manner.

I’m reading Adam Kay’s This is Going to Hurt: Secret Diaries of a Junior Doctor. A former Times (of London) Bestseller, it was recently made into a BBC series starring Ben Wishaw. The book is a darkly comic recounting of the author’s journey from being a medical intern to being a fully fledged OB/GYN, before ultimately leaving the NHS. I found myself crying with laughter while reading the book on my train ride home, which is slightly awkward as I always sit in the quiet commute car. Kay’s account may become, if it isn’t already, the British equivalent of Samuel Shem’s The House of God—the book that seemingly every American medical student reads before embarking on their residency training.

October 15 was the 100th birthday of Servant of God Luigi Giussani, the Italian founder of the ecclesial movement Communion and Liberation, and I’ve joined a Zoom group to discuss two chapters at a time of A Life of Luigi Giussani by Alberto Savorana. The reason for the group is that the book is 1416 pages (including endnotes), so no one can finish it on their own! Having recently read the last 500 pages or so of Julian Jackson’s 960 page biography of Charles de Gaulle, I’m less intimidated by this than you might think.

The best book I’ve read recently is Marcus Makes a Movie by Kevin Hart (with Geoff Rodkey), read in the audiobook by Kevin Hart. It is about a boy who loves drawing superhero comics and discovers how to make a movie in an afterschool film class (while working through unresolved grief); it is frankly hilarious—especially read aloud by Hart—and also a good education for kids about the editing process to make a good work of art. But the audiobook expired before I got to the end, so we have it on hold, and I am eager to hear how it ends.