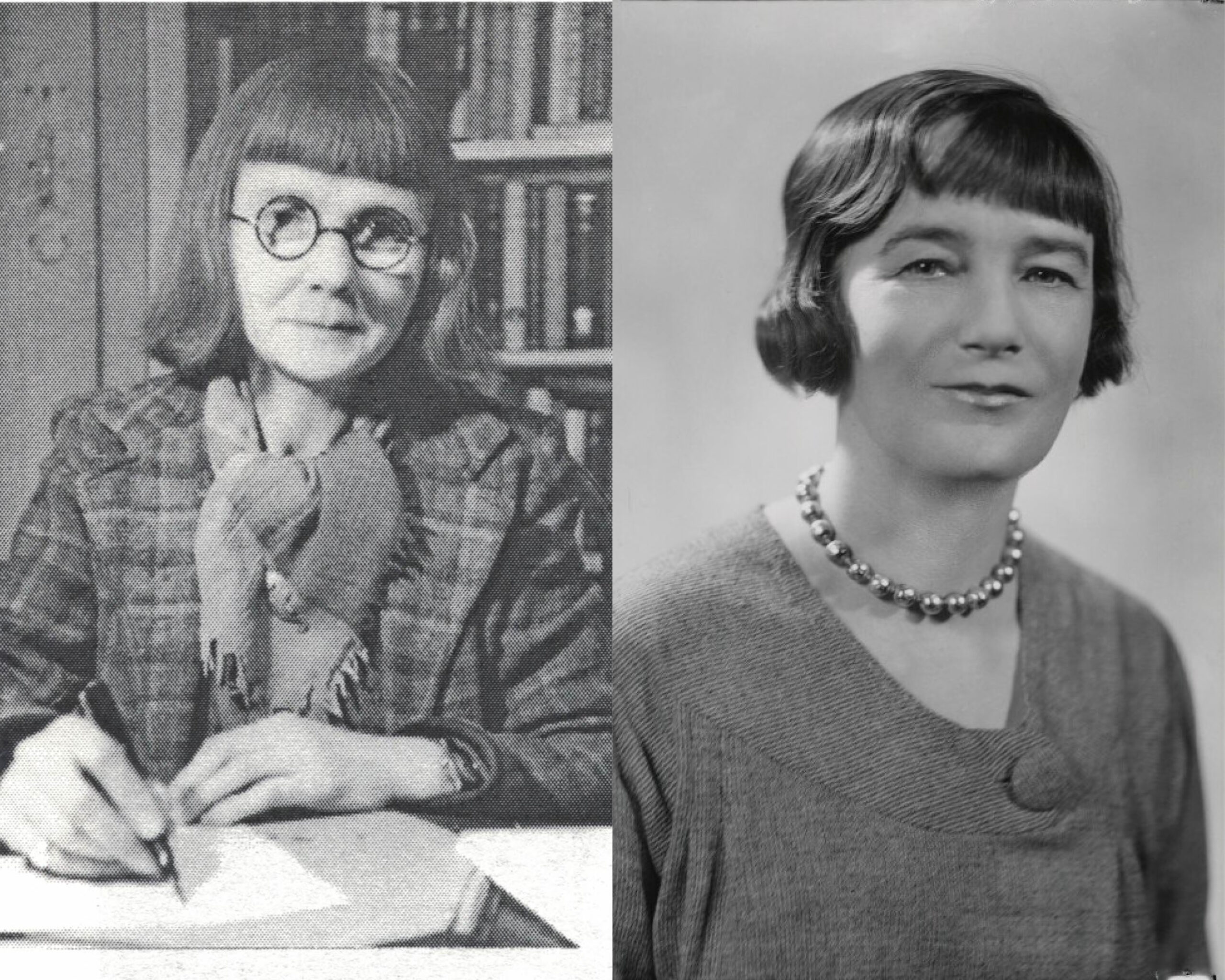 Bonnie Lander Johnson and Julia Meszaros are the editors to the Catholic Women Writers series, which seeks to republish the English-language prose works of Catholic women from the 19th and 20th centuries, such as The Dry Wood by Caryll Houselander, The End of the House of Alard by Sheila Kaye-Smith, and the upcoming One Poor Scruple by Josephine Ward. Bonnie Lander Johnson (DPhil, Oxon) is Fellow and Director of Studies at Newnham College, Cambridge University. She teaches English literature from all historical period but writes mainly on Shakespeare and the Reniassance, with a focus on the history of science and religion. Julia Meszaros received her DPhil in Theology and Literature from Oxford in the same year as Lander Johnson. She spent four years as a post-doctoral researcher at KU Leuven and now lectures at St Patrick’s College, Maynooth.

The novels of Evelyn Waugh and Graham Greene often focus on the solitary figure of a priest or layman in spiritual combat with the world around him. By contrast, the lost novels of Catholic women are usually situated in families and parishes and in the institutional communities in which the writers themselves first encountered the faith: schools and convents. Almost wholly unrecognized by scholarship on the Catholic novel are the frequent depictions of female religious life. The women writers of the Catholic Literary Revival were in their own time well-known and well-read, with no shortage of best-selling authors among their ranks. Most predated and greatly influenced Waugh and Greene. They wrote from a more diverse range of social and political positions than Waugh and Greene, and were often more radical in their use of ninetheenth- and twenthieth-century literary innovations. Their works are set in locations male writers never considered, and they often posed very different questions about how a person can find their way in a fallen world.

Among the writers in this series, Caryll Houselander is perhaps the most innovative in her use of novelistic techniques to depict Catholic experience. This may in itself be one reason why her novel has been out of print for so many years; that is, her novel may have been perceived in the late-20th century as both too Catholic and too experimental. But The Dry Wood deserves a prominent place not only in the canons of Catholic writing but in Anglo-American Modernist literature. Her uses of Modernist literary innovation enables her to produce a vivid Catholic experience, but in doing so she also breaks new ground in the technical advances of literary Modernism; a contribution that has yet to be acknowledged by literary scholars. The Dry Wood being her only work of fiction does not help either, though it makes her no less worthy of recognition. It was only near the end of her life that Houselander transitioned from her usual spiritual writings to instead craft a novel. She claimed that she could no longer ‘preach’ to her fellows. ‘I prefer writing fiction: it’s more like a big gesture of sympathy—like taking hold of another sinner’s hand and pressing it lovingly as we walk together’.

In contrast, the second novel in the series, The End of The House of Alard, was written by the prolific author Sheila Kaye-Smith. It is difficult to account for Kaye-Smith’s fall from popularity in the last fifty years. While she was alive, her novels were met with both literary and commercial success. Although most of her works were written before or during the two World Wars, they addressed concerns that primarily emerged in the middle of the twentieth century: the end of the old social order, the search for spiritual meaning amid personal suffering and radical social change, the fluctuating situation of women in society, the shifting relationship between rural and urban economies.

Certainly, post-war readers looking back at the start of the century professed a growing interest in the period’s avant-garde literary movements. Especially in the burgeoning literary departments of English-speaking universities, students looking to understand the first decades of the twentieth century focused primarily on more “deserving” schools, like Modernist, Decadent, and Surrealist literature. When compared to those bodies of writing, Kaye-Smith appears thoroughly mainstream. But the popularity of her novels ought to give us pause. At a time when the dominant literary figures were seeking controversy, Kaye-Smith was exploring the abiding human search for meaning in subtle and profound narratives of significant literary merit that were nonetheless accessible to all readers. Although she may not have been a card-carrying literary modernist, Kaye-Smith nonetheless occupies a historical ground somewhere between the Victorian novelist, with her ensemble cast and burning questions about social justice, and the emerging modern novelist, with her focus on the individual in a world increasingly drained of cosmic reality. To both of these moments in the history of the novel, Kaye-Smith brings a unique vision of faith at work in the world, one both consoling and quite radical. Accomplishing this while still writing in the tone of commercially popular fiction is quite extraordinary.

This all leads back to the big question: if Houselander’s work was daring and experimental as the literary scholars craved, and Kaye-Smith’s works resonated with the masses, how did they and other women writers of the Catholic Literary Revival fall out of circulation in both critical and commercial circles, in indeed they were ever there to begin with? We can point to changes in the commercial publishing world after World War II, changes within the Church itself, and redefinitions of the literary canon in University departments in the last decades of the twentieth century. Yet it remains puzzling that a body of writing so creative, so attuned to its historical moment, and so unique in its perspective on the human condition, should have fallen out of print for so long. The obscuring of women’s participation in the Catholic Literary Revival has distorted the movement’s intellectual legacy. In literary studies, it is widely acknowledged that technical developments within the novel form stayed abreast of social and cultural changes. More than just reflecting human culture through its content, the twentieth-century novel sought to understand and interpret a changing world through formal innovation. So too the Catholic novel was able to contain and explore not just literary and social change but also the successive theological, ecclesial and liturgical movements that unfurled—slowly before the Council, and rapidly after it. Indeed, the rapid nature of change immediately following the Council was sometimes easier to explore in the commercial fiction market—itself a fast-paced sphere—than it was in the world of academic theology and history.