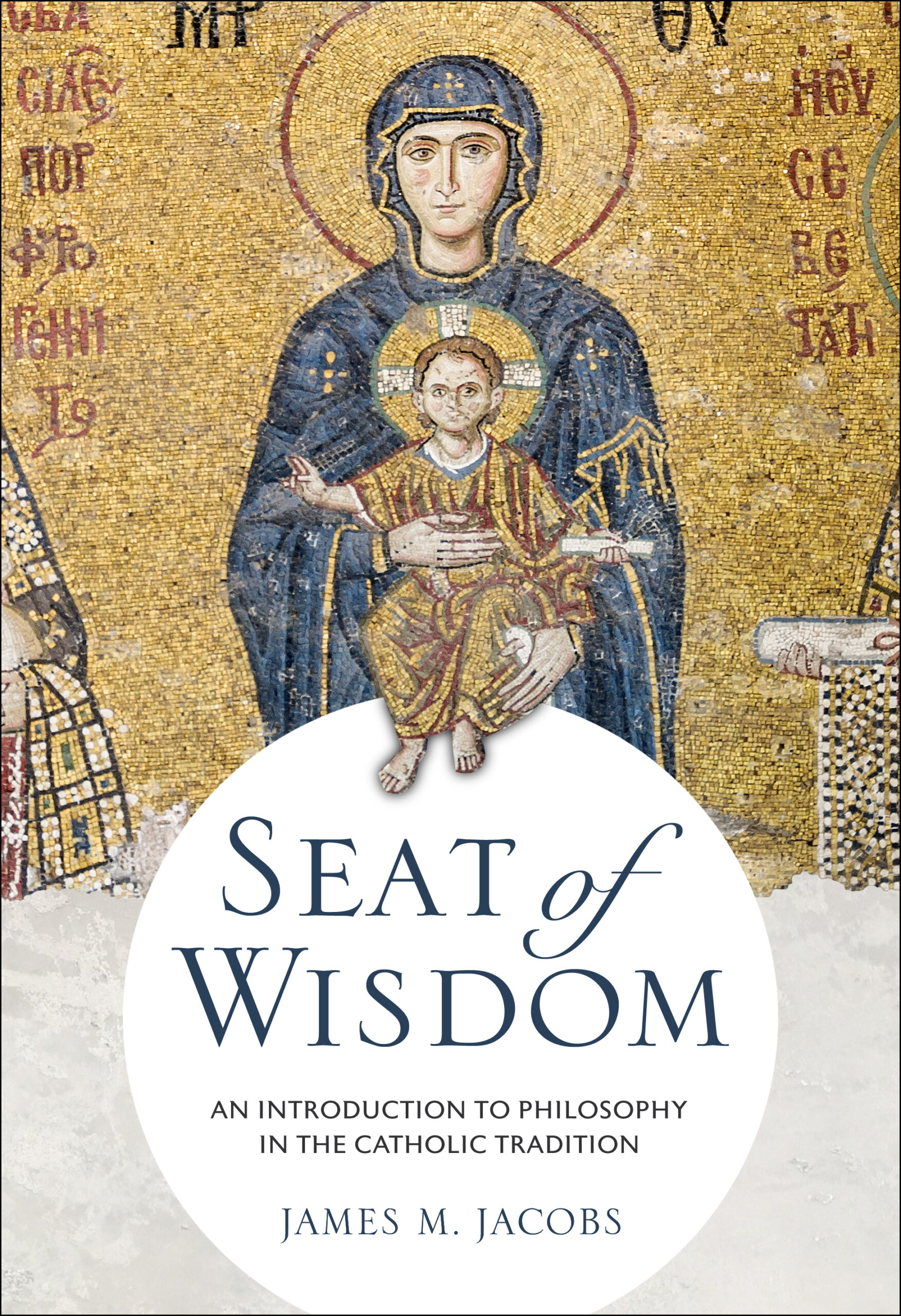 James M. Jacobs is director of philosophy programs and associate academic dean at Notre Dame Seminary, New Orleans, LA. He is the author of Seat of Wisdom: An Introduction to Philosophy in the Catholic Tradition (CUA Press, 2022).

There are many introductions to philosophy available. For years, however, when asked if I could recommend one, I found myself hesitant to do so without some caveat. Having now taught philosophy Catholic schools for three decades—starting at the high school level, then college, and finally at a major seminary—I know that students on all levels are in need of readable and reliable surveys of philosophy. Yet the introductions that were available all suffered from some defect that made them inappropriate for those who sought to understand the relevance of philosophy for the Catholic tradition. On one hand, many introductions suffered from an obvious bias, typically modern and atheistic; these books would often pass over the thousand years between the last of the Greeks and Descartes as if nothing of intellectual interest occurred. On the other hand, others relayed the “story of philosophy” in an accessible manor but tended to flatten the narrative so that every idea proffered by philosophers appeared to be of equal value. This apparent neutrality is actually just as deleterious as a bias, for it obscures the main value of studying philosophy: developing acute reasoning skills in order to separate the wheat from the chaff, to discern the light of truth amid the gloom of error.

What was needed, then, was a fair presentation of philosophy that nevertheless did not lose sight of the fact that philosophy’s goal is to lead one to truth. Philosophically, this standard is best realized in the realism of the perennial philosophy. This tradition understands that creation is intelligibly ordered, man has the capacity to know these truths, and these truths are the basis for moral goodness; together, Being, Truth, and Good all witness to the existence of God.

Various experiences I have had as a teacher the impressed upon me the need for such a text and led me to develop three central goals.

First, I have had the opportunity to address men who were candidates for the permanent diaconate on the importance of philosophy for their education in theology. While seminarians study philosophy for two full years, these men are offered mini-courses that last two days, or even just two hours! I hope that this book can serve as a resource for those who require a knowledge of philosophy to appreciate better the intellectual underpinnings of Catholic theology, whether they be deacons or interested laypeople.

Second, in both colleges and seminaries, students have to take a cycle of philosophy classes over many semesters. But dividing classes into semesters often has the unintended consequence of impeding a unified grasp of wisdom. More than once, a student asked if there was one place that collected all the arguments from these different classes. This introduction is an attempt to provide that common resource. By bringing all the parts of philosophy together, I show how the ideas of being in metaphysics inform our understanding of human beings, and those together determine what is good for us. This compendium of philosophical arguments from the same perspective is helpful because the big picture—truth in all its fullness—is more readily grasped than when it is not divided up among a series of classes and texts.

Finally, back when I first taught philosophy at a parochial high school, the curriculum for religious studies included a senior year class introducing philosophy as a precursor to theology. I majored in philosophy as an undergraduate, and had done two years of theology at a seminary, and so—on paper—I appeared well prepared to teach this class. However, since the philosophy I had learned was modern atheistic philosophy, I struggled to communicate the truth while I tried to complete my education by teaching myself the splendors of the perennial tradition. So, a third intention for this book is that it be usable in advanced high school classes, particularly because it is everything I wish I had known when I was teaching high school back in the 1990s. My hope is that this book can help young teachers see through the thickets of theory and point them to the truth with an understanding of why it is the truth. I would also note that the need for an introduction to the perennial philosophy for high school students is growing ever more urgent. As society rejects the principles of the natural law and as universities repudiate their vocation to pass on truth, a solid grounding in what makes life meaningful is required before young men and women leave home for college.

Philosophy was once widely esteemed as the apex of the life of reason; today, it is disdained, if it is considered at all. We can restore philosophy to her place by restoring the importance of wisdom for our world. This book humbly seeks to be a first step toward that restoration.