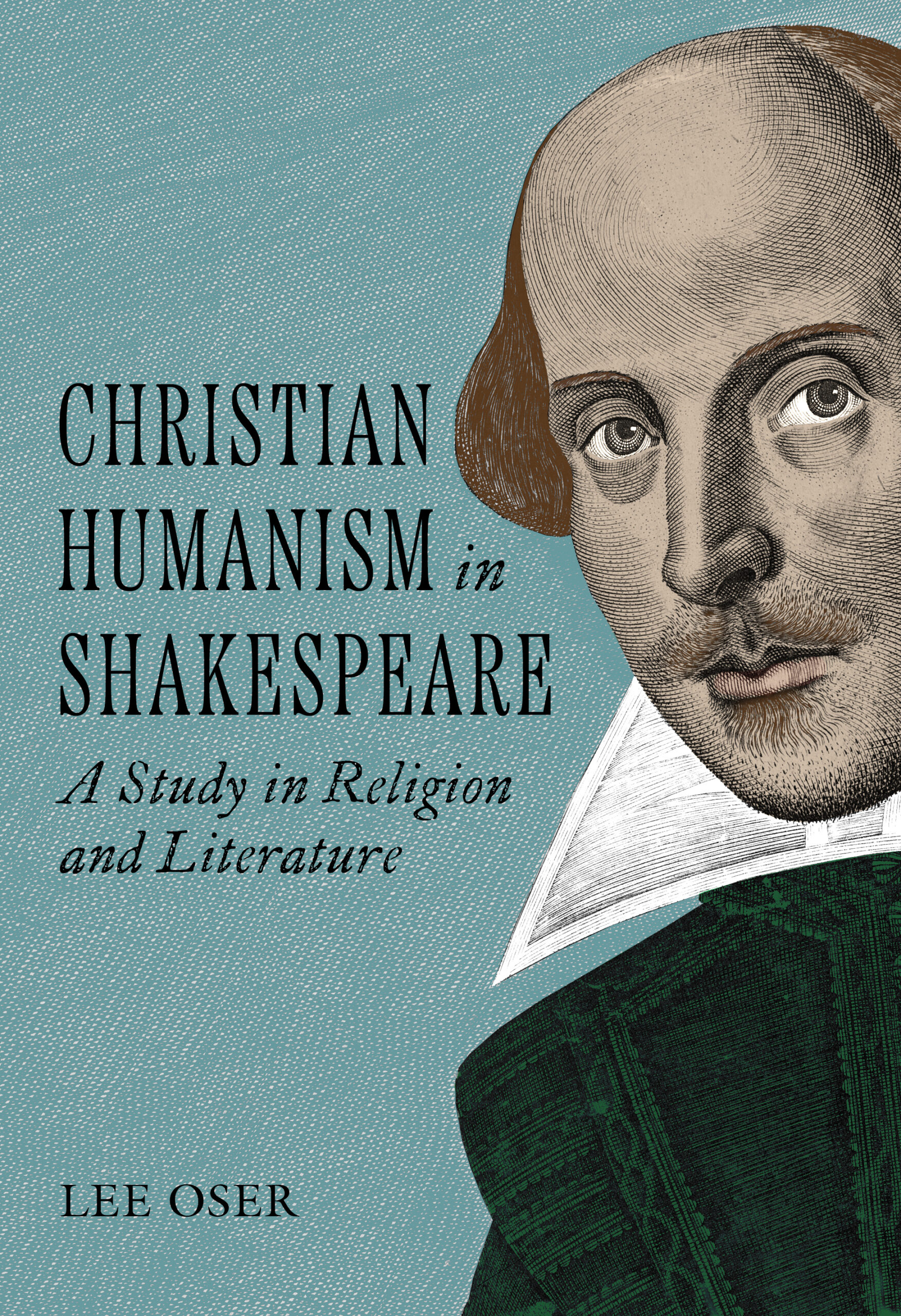 Lee Oser is professor of English and Catholic Studies at the College of the Holy Cross. He is the author of Christian Humanism in Shakespeare: A Study in Religion and Literature (CUA Press, 2022).

Christian Humanism in Shakespeare: A Study in Religion and Literature took over a decade to write. It has roots in my earlier book, The Return of Christian Humanism: Chesterton, Tolkien, Eliot and the Romance of History (2007). In writing that earlier book, I sketched out a number of concepts—the radical middle, literature as paratheology, the human scale of things—that seemed moderately useful. That is to say, I found that, although the protean nature of Christian humanism eluded definition, I could illuminate problems and characteristics that kept returning over time.

Our intellectual lives are as variegated and fortuitous as our childhoods. We hope the right books fall into our laps. I was fortunate to discover the work of the great Shakespearean John Cox. Very luckily, I also stumbled across Sister Miriam Joseph’s classic Shakespeare’s Use of the Arts of Language. When I started teaching Shakespeare classes, I encountered many excellent students whose taste both for rhetoric and for theology delighted and inspired me. During this period in my life, I embraced the thought of the Catholic saint John Henry Cardinal Newman, whose historical sensibility is a guiding light in my approach to literature. Likewise, I steeped myself in Renaissance Christian humanism, developing a special affinity for Desiderius Erasmus, whose masterpiece of Christian satire The Praise of Folly exerted a seminal influence on Shakespeare. Likewise, Erasmus’s “Great Debate” with Luther over free will fascinated me and shaped my approach to Shakespeare’s work.

I will confess, it was a challenge to leave the enclaves of modernist literature, where my work was generally accepted, to face rejection as a novice in the world of Shakespeare studies. Talk about “the slings and arrows”! Of course, I harbored my criticisms of the field, and I had the advantage of having studied with a number of distinguished Renaissance scholars: Leslie Brisman, John Hollander, G. K. Hunter, and my undergraduate teacher Robert Knapp. But in all truth, I suffered many embarrassments before I learned to defend and advance the positions I take in this book. A key avenue (opened for me by Sister Joseph) was the study of Shakespearean rhetoric, with its classical and Christian sources. Also, I followed my nose with respect to anti-Christian prejudices among the professoriate. Such prejudices (like other forms of repression) are often intensely revealing. And though I am Roman Catholic, I decided it made sense simply to identify Shakespeare as a Christian author, and to avoid denominational claims that I could not adequately defend. That way, I could best make a point that is at the heart of Christian Humanism in Shakespeare, namely, that Shakespeare is a product of the post-Reformation (or late-Reformation) Christian culture in which he is thoroughly grounded.

As I suggested at the start, my own Christian humanism informs my attraction to Shakespeare. I have long admired a particular school of thinkers and writers who reveal the Christian basis of our civilization. To the names of Newman, Chesterton, and Eliot, I would add Christopher Dawson, Alasdair MacIntyre, Charles Taylor, and the non-Christian philosopher Richard Rorty, whose 1983 essay “Postmodern Bourgeois Liberalism” remains an invaluable eye-opener. Pope Benedict VXI’s 2006 collaboration with Marcello Pera, Without Roots: The West, Relativism, Christianity, Islam, belongs to this class of authors and ideas. In writing Christian Humanism in Shakespeare, I was sensitive to an irritating habit among influential secularists, which, as I say in the book, is “to classify under one and the same sociological rubric” all religious faiths as “confessional communities.” This sociological maneuver is in effect Orwellian: it memory-holes the vast Christian background, including the fruitful conjunction of the Reformation and the Renaissance that is distinct to the Elizabeth stage in all its glory—the fact that, without Christianity, there would have been no Shakespeare. As I undertook my work, the task before me turned out to be understanding the many interconnected ways in which this last statement holds true.

Christian culture is a complex phenomenon. This is the case despite the ease with which some hasty writers portray it as a monolith—or shovel it in with the larger mass of “confessional communities.” When Christian culture is taboo, the past becomes a resource to be exploited, or a disease to be cured. This intellectual coarsening coincides mysteriously with the gross politicization of curricula at every level. At the top of the food chain, endowed professors rise from their prestigious chairs, looking pale and pained at the decline of the humanities:

He raised a sigh so piteous and profound
As it did seem to shatter all his bulk
And end his being.

But while I have felt obligated to climb a stony mountain of criticism in order to gain a broadly Christian point of view, I have not entirely lost sight of differences between Christians themselves. In this respect, my concerns are (once again, for better or worse) cultural. I am a Christian humanist, open to dialogue with humanists of all stripes, and receptive to humanistic expression in all forms. What I want to say in closing is that my love of Shakespeare is the love of a Christian writer who recognized great art across cultures, and who did not lie to himself or to others about the nature of man. Shakespeare was neither a hypocritical academic, denying the reality of the mind, nor was he a hypocritical puritan, denying the reality of the flesh. Many Christians despised him in his day, and some living Christians, on the principles they proclaim, would despise him now, if not for the rich encrustation of authority accruing to his name. Shakespeare was a man of the radical middle, a skeptical Christian who contained a multitude of contradictions. To speak of him as such is, I argue, our best chance for recognizing and rescuing his literary relevance—that is, if we want to cultivate a tradition of great literature.