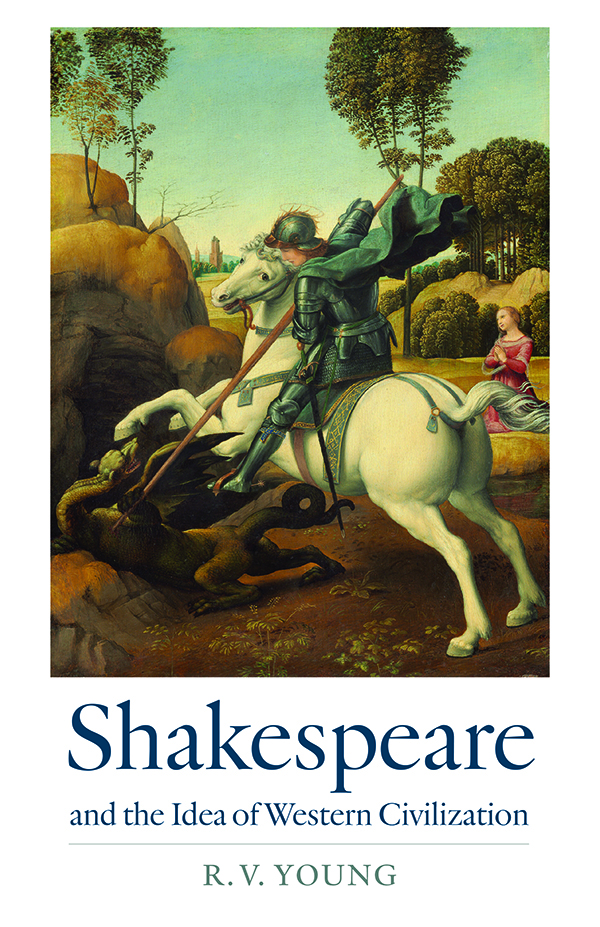 The following is an excerpt from R.V. Young’s newest book, Shakespeare and the Idea of Western Civilization (CUA Press, 2022).

Juliet’s Nominalism and the Failure of Love

“It was William of Occam,” writes Richard Weaver, “who propounded the fateful idea of nominalism, which denies that universals have a real existence.” Weaver compares this development in the intellectual history of Western man to Macbeth’s ominous meeting with the Weird Sisters: “Have we forgotten our encounter with the witches on the heath? It occurred late in the fourteenth century. . . .” The eventual result of the “evil decision” made on this “blasted heath” of the mind was an alteration in the moral and spiritual orientation of Western culture:

The issue ultimately involved is whether there is a source of truth higher than, and independent of, man; and the answer to the question is decisive for one’s view of the nature and destiny of humankind. The practical result of nominalist philosophy is to banish the reality which is perceived by the intellect and to posit as reality that which is perceived by the senses.1

It is appropriate that Weaver should choose a scene from Macbeth to dramatize his understanding of Western man’s philosophical crisis. Shakespeare lived at the time when the metaphysical or, better, anti-metaphysical implications of nominalism were beginning to exert a practical, if obscure, influence over the actual life of European society. One of the defining features of great poetry is an extraordinary sensitivity to the spiritual currents of the age—to disturbances in the fabric of a culture’s moral consciousness. It is, therefore, not surprising that the greatest poet of the English language should manifest an awareness of the nominalist assumptions that had begun to permeate the web of daily life by the end of the sixteenth century. The poet, of course, provides no disquisition on this issue any more than he does on other philosophical topics; nominalist attitudes and utterances are attached to particular characters involved in a variety of dramatic situations and actions. The extent of our sympathy for these characters is also various, as is the extent to which the deeds and declarations of such characters is validated or rejected by the overall course of the play. A consideration of a number of Shakespearean characters who seem associated with nominalism, however, suggests that the playwright recognized the corrosive effect of this philosophical outlook as it suffused the traditional culture of Christendom. In regarding Shakespeare as the preeminent poet of Western civilization, we must acknowledge that his awareness of the problematic developments in our culture is as acute as his attachment to its richest traditions. In this he embodies, again, its spirit both conservative and critical.

The power of dramatic poetry, along with other literary genres, to provide a concrete, imaginative vision of the consequences of ideas is especially significant and ironic in this context; for it is precisely the capacity of literature to embody truth that is denied by Occam’s contemporary successors, the postmodern literary theorists who have most persistently called the poet’s worth into question. Shakespeare furnishes a double refutation of the current crop of his nominalist critics: the fictional substance of his plays dramatizes the moral consequences of nominalism, and the very existence of plays as transcendent structures of meaning open to interpretation by readers and audiences undermines the reductive nominalist premise about the nature of reality.

To be sure, the exact status and nature of universals are not a simple matter: the moderate realism represented by St. Thomas Aquinas, for example, does not attribute substantial being to abstract concepts in the same way as Plato regarded the ideas or forms as the essential realities of the universe. Universals only attain actual, concrete existence in particular entities, just as color is only realized in this or that colored object. “Similarly,” St. Thomas writes, “humanity, as it is understood, does not exist except in this or that human being: but in order that humanity may be grasped without individual peculiarities, the concept of humanity itself must be abstracted and so it follows that under the aspect of universality, humanity as it is perceived by the understanding attains the likeness of a nature, and not of individual principles.”2 The important point here is that, although the universal does not exist separately, it does actually exist in particulars, and the mental abstraction “humanity” or “human nature” has a substantial basis in the individuals that it unites as a class. For Occam, universals are mere constructs of the mind with only a conventional relationship to individual entities.3