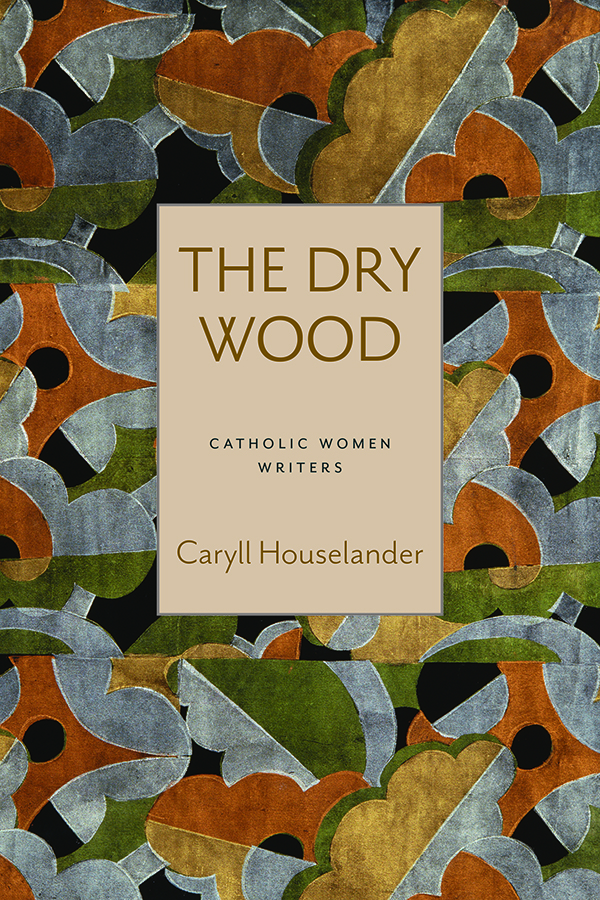 The following is an excerpt from The Dry Wood by Caryll Houselander which is the inaugural title in our new series Catholic Women Writers. The CWW series is dedicated to republishing the stories of the many forgotten female authors who contributed fantastic works to the Catholic Literary Revival.

A Door is Open

“Then a vision came to me; I saw a door in Heaven standing open.”

Father Malone had been dead for nearly a year, but his presence in the parish did not diminish. It grew, it was almost tangible. Every day joy increased like a warm and lasting spring after a long winter. At first, sunlight pale as primrose, in whose constancy no one dared to trust; and then miraculously, the world flowering in light, day after day. His people had always known that their Father Malone would never leave them, he would never really go away as if they had no need of him. He would never take a holiday from them, even though now, thank God, he was at rest. They knew this because he was proving it, showing it to them, he was answering their prayers.

At every house on his round of parish visits Father O’Grady was told of answered prayers. Father Malone had cured styes in eyes, headaches and bad colds, he had found rooms and jobs, he had averted operations, cured scruples, he had brought home lost kittens and sailors whose ships were overdue. He had eased rheumatics, made the sun to shine on the mothers’ outing, had grown flowers in window boxes. But all these things were nothing at all compared to the wonder of the simple awareness of his presence, the sense of Heaven in the marrow of their bones, of miracle beating in their hearts.

The streets had a new and lyrical air. Scarlet geraniums flamed from green window boxes. Canaries were more yellow and sang more shrilly, front door steps were whitened. The skies above the crooked chimney pots were bluer, with the soft liquid blue of a child’s eyes smiling through tears. Washing hung across the houses like a flutter of pennons. Snatches of laughter and of singing came through open doors and windows.

Fr. O’Grady found himself quoting from the Apocalypse. “And God shall wipe away all tears from their eyes and there shall be no more death, neither sorrow, nor crying, neither shall there be any more pain, for the former things are passed away.”

“All the same,” he added, “that’s not quite applicable. There certainly will be sorrow and weeping and pain and death, for we haven’t done with sin by a long way yet, or with its consequences, and as long as there is sin there will be sorrow, and there will be the Passion of Our Lord Jesus Christ going on in men.”

But Father Malone had sent a blessing on his people’s sorrows, as if he had poured a bucket of light over them.

From house to house went Fr. O’Grady, listening to the same litany of troubles, the aches and pains of rheumatism, the damp seeping into the walls, the swarms of rats, the way the landlord wouldn’t repair the roof (God have mercy on the black hearted devil), the long wait at the Labour Exchange, the hardness of the Means Test, the children who had to be hidden when the inspectors came, the new flats with hot water laid on where you mayn’t have children or dogs or cats, so no one can live in them. There were the mothers who were always hard at it, who hadn’t sat down all day, and the mothers who had been taken off suddenly to hospital for an operation, there were the daughters who stayed out all hours, and the daughters who were not allowed to bring their young men home. There were the sons who couldn’t get work, and the sons who wouldn’t get up in the morning, and the sons who were morose and sulky at home, though as charming as you like everywhere else. There were the fathers who were on strike, the fathers who were worn out, the fathers who spent their money in the public house instead of bringing it home on Saturday night. There were ankles that swelled, hands that chapped, backs that ached, and so it went on and on and on. The same interminable litany of unholy poverty that had been poured into Fr. O’Grady’s ears day after day, week after week, for years. But now, though the same hardships prevailed, a change had come about. Everything shone in a new light, as if the sun had come out on a heap of rubble and where before there had only been rusty tin cans. dry bones, and broken glass, now there was silver, ivory and crystal and, forcing its way up through the dust and the rubbish, triumphant in loveliness, a flowering weed lifted a pure and shadowless face to the sun.

Everyone hoped, every workless boy knew that there was a job for him just round the comer, every boy and girl in love waited breathlessly for the miracle that would enable them to marry, every old woman felt sure that her aches and pains were a little better today and would be a lot better tomorrow, everyone expected a softening in the hearts of landlords and employers. Everyone’s senses were wakened to wonder at the loveliness they looked at, listened to, touched and breathed. People saw one another and heard one another’s voices for the first time.

Everyone was made new. Every mind quickened. Every heart broke into splendour like a spray of red blossoms breaking from the wood of an old black thorn.

In spite of so much joy there was a flaw, one infection that seemed to spread from tongue to tongue. The scandal about Carmel Fernandez.

To preorder the next novel in the Catholic Women Writers series, The End of the House of Alard by Sheila Kaye-Smith, click here.