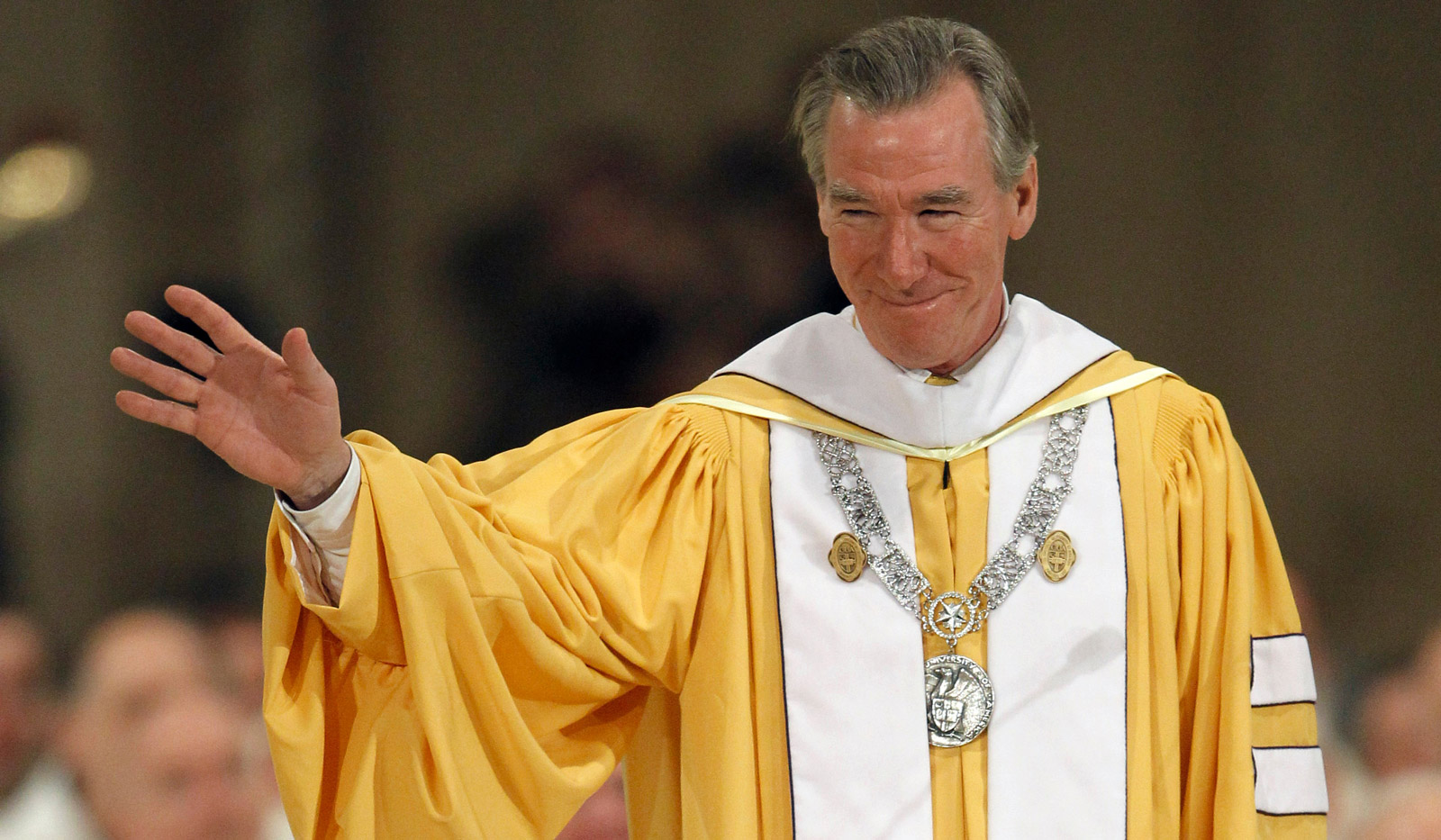 On September 22, 2021, The Catholic University of America announced that its President, John Garvey, would be stepping down after 12 years of service at the university. We were fortune enough to interview President Garvey as he approaches the end of his term and wanted to honor his contributions to Catholic higher education and his support for the Press.

Click here to view the second part of this interview, focused on university presses.

Q: Continuously in your writings and academic leadership, you have emphasized putting community over self – that we are not on our faith or intellectual journeys alone and are meant to serve each other. Why do you think that is an important philosophy for post-secondary educators and administrators?

A: Modern life encourages us to be loners. The most popular moral outlook is one that prizes personal autonomy above all else. As Fritz Perls’s “Gestalt Prayer” put it: “I do my thing and you do your thing.” Technology lets us indulge this moral fantasy. We can bury ourselves in apps. We can create fictional online personalities that purge the things we don’t like about ourselves. We call it “social” media. But there’s really very little about it that fosters community.

Universities are supposed to do the opposite. That’s part of what makes them special. Students live in real communities centered on a common goal. Their task is not pursued in isolation but in concert with others. They learn to support one another through success and failure. They form bonds with their professors, mentors, and residential staff. They acquire the mutual respect needed to share a residence. In doing so, they build up the common good. They become members of a community. Some of the greatest lessons of life come from those experiences.

But there’s more to it than that. A good education should teach a person to think about the deepest things in life: God, beauty, truth. These are things of ultimate importance. They can be shared by people of different languages, cultures, ages, and lifestyles. They are what hold societies together. Today it has become easier than ever to ignore or forget about them. That makes our efforts to impart them to a new generation all the more important.

Q: The complementarity of faith and reason form the foundation of Catholic schools like the Catholic University of America, as well as its Press. In a practical sense, one could argue that puts us at a disadvantage by “limiting our audience,” so to speak. How do you think scholarship that combines faith and reason benefits scholars or readers outside that faith tradition?

A: It is a common error to view faith as a limitation of reason. The opposite is true, of course. Faith doesn’t exist outside of or subtract from the intellectual life. It adds to it. It elevates the mind to higher things. Without faith a person can learn about molecules and atoms, the methods of historical study, and the plays of Christopher Marlowe. With it, she can do all that and also contemplate the mysteries of Eucharistic theology, understand Flannery O’Connor on grace, and consider the subtleties of Thomas Aquinas’s Adoro te Devote.

Still, I think I know why people make this mistake. It has to do with how being Catholic shapes the intellectual character of a place. A Catholic institution takes a greater interest in the literature of Flannery O’Connor or Walker Percy than a secular one. It ought to care deeply about theology and liturgy, subjects that won’t get much attention at a state university. All of European history will be important at a Catholic university, but its faculty strengths might skew toward ecclesial history. Philosophy students will study Nietzsche and Mill — as they should — but they will probably give more attention to Elisabeth Anscombe and Thomas Aquinas. This doesn’t mean we are uninterested in the works of Jean-Paul Sartre or Albert Camus. On the contrary, we are interested in what Sartre and Camus have to say because we are Catholic. For one thing, their ideas are part of the human story. That alone makes them important. But more than that, faith requires that we try to understand even those ideas that are incompatible with our intellectual tradition. We scour them for the elements of truth they contain, as Thomas Aquinas did with the philosophers of the ancient world. We argue persuasively against them when their ideas go awry. In all things, we seek the truth. Faith seeks understanding, St. Augustine says.  In these efforts, CUA Press is our partner.