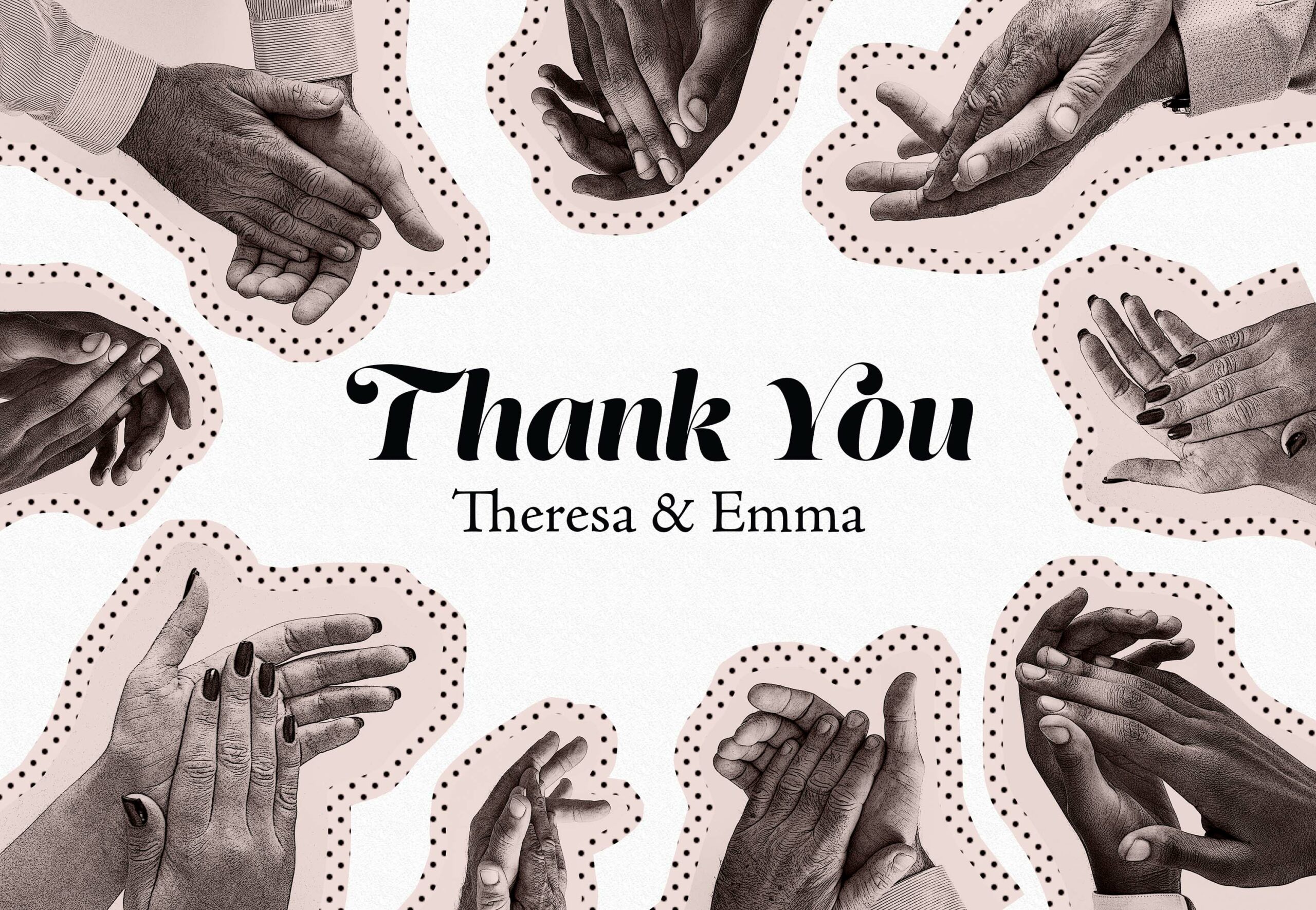 The end of January has brought the departure of two pillars of the CUA Press team:

Theresa was hired as Managing Editor for the Press in 2004. In the 17 years since then, in addition to overseeing and training fellow editors, she has helmed the production of over 600 books—if stacked on top of each other, they would reach over 70 feet. On a personal note, her short story recently received the 1st place prize of the F. Scott Fitzgerald 2021 short story contest!

Emma started working at the Press in October 2014 when she was a freshman at CUA. She spent 4 years as the office assistant until she graduated, when the Journals Coordinator position serendipitously opened up. During her 3 years as Journals Coordinator, she has supervised the transition of 6 new distributed journals to the Press, represented us at the AUPresses conference, assisted in the hire and training of 2 office assistants and a second journals coordinator, and more.

While we are devastated to see them go, we are so excited to see what they have next in store on their journeys! Before they moved on to their next adventures, we asked them a few questions to celebrate their many, many, many contributions to the Press over the years.

What is a particularly fond and/or bizarre memory you have from working at the press?

One unusual episode happened one summer afternoon. Our building began shaking and trembling as I worked at my computer. No, it wasn’t the lack of a serial comma in one of our manuscripts disturbing my equilibrium. Nor was it the roof caving in as I had initially feared (construction workers had been repairing the roof). It turned out to be merely a “minor” earthquake with no damage to people or property.

One day, when I was an office assistant, everyone else was out to the lunch so I was holding down the fort by myself. A woman came in to the front office and said something to the effect of “My husband published a book at the Press in the 80s, so I was wondering if you’d help me check in for my flight.” What an interesting thing to infer! I wasn’t incredibly busy, so I attempted to help this woman ascertain some information for her flight. She was under the impression that her flight was scheduled for 8 or 9pm. She asked if I could find her a shuttle to take from CUA to the airport. I had no earthly idea how to do that, so I did not. In fact, upon inspection of the flight schedule, it appeared that it was actually supposed to depart at 4pm. I told her “you better leave now!” And she left. What an interaction!

I’ll also never forget that, in my interview for the office assistant job, I brought along my “resume”, which was mostly a list of all the high school activities I’d taken part in, since I was a freshman. One of the activities listed was “British Culture Club”. Our esteemed director Trevor just so happens to be an Englishman. He said “tell me about this British Culture Club!” And I replied, “To be honest, the school wouldn’t let us call it a Doctor Who club.” He let out a big laugh, and I like to think that that influenced my getting the job.

If you could give one piece of advice to your past self who just got hired to CUAP, what would it be?

At CUA Press, I’ve made friends who will be lifelong ones. Don’t be afraid to laugh and have fun with the work. Books make us happy. When advance copies of one of our newly published books arrive at the Press, the whole staff gathers to open the box. We feel a collective sense of satisfaction—and are as excited as we hope our authors are.

As long as you’re working hard, you needn’t worry about anything else.

Thank you, Emma and Theresa, for all your hard work! You will be in our prayers as you embark on your next adventure.