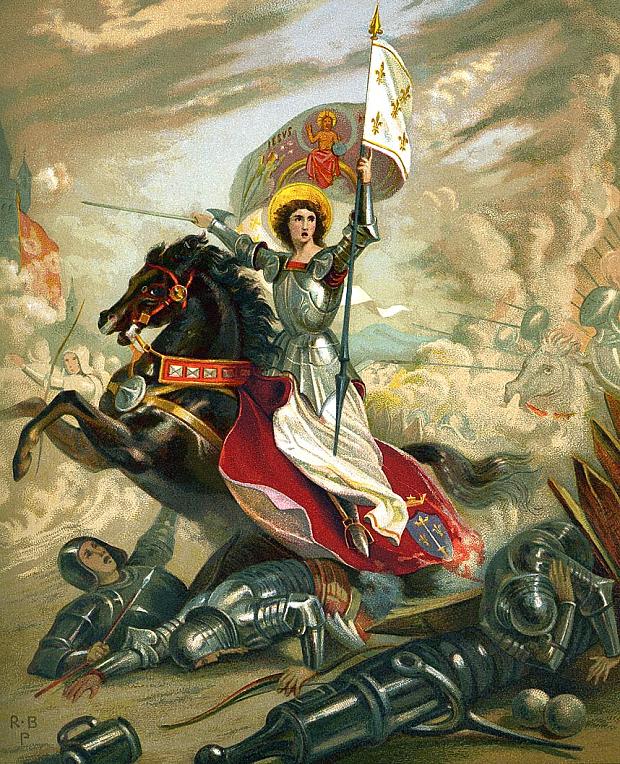 In honor of All Saints’ Day, the CUAP staff would like to share some of our favorite saints whom we’ll be invoking on this holy day.

“I am partial to St. Radegund, a 6th-century Saxon girl who was abducted by the Franks and married forcibly to one of the sons of Clovis. Having fled from her barbarous, polygamous husband, she established the female monastery of the Holy Cross at Poitiers, for which she obtained a relic of the True Cross. She enjoyed friendships with the Latin poet Venantius Fortunatus and the scholar Gregory of Tours.”

St. Teresa Benedicta of the Cross

“I’m amazed more Catholics don’t talk about Edith Stein—I didn’t even realize she was a saint until this year! Canonized as St. Teresa Benedicta of the Cross, she was a Jewish convert, Carmelite nun, philosopher, and feminist who was martyred in the Holocaust. I look forward to reading more of her work in the upcoming liturgical year.”

“She died at age 39, my current age. An Italian pediatrician born a year after my own Italian grandfather, she is known because of how she died, choosing to risk her life to continue her pregnancy with her fourth child. That child, Gianna Emanuela, also became a doctor. I never knew more than that until I recently read a book about her. I was struck by the vibrancy of her life well before that fateful choice. As she was single in her 20’s, she wanted to be a missionary in Brazil like her brother, a priest, but she was dissuaded because she wilted in hot weather. Instead she developed a heartfelt romance with a local businessman, had three children, got out to the opera when she could, took vacations in the mountains to escape the heat, and still kept up a busy medical practice in her town for rich and poor alike, even during the difficult final pregnancy. I invite readers to ask for her intercession for a friend, Katherine, who is undergoing months of hospitalization with a dangerous condition in her fourth pregnancy, and for her husband and three kids (especially the oldest, Gianna).

“I have a certain devotion to Servant of God Takashi Nagai and his wife Midori. His conversion from pure rationalism to faith was really inspiring to me back in college.”

“As a child I was captivated by the story of her leading the French in battle against the English. Since I’ve been playing soldier in re-enactments of various American wars, I have even more admiration for what she achieved/was called to do, and at such a young (teen) age.”

“Edmund Campion, SJ, is my go-to saint. An Oxford graduate and Catholic convert, Campion traveled throughout Elizabethan England bringing the sacraments to its beleaguered Catholic population. His stirring ‘Challenge to the Privy Council’, dubbed ‘Campion’s Brag’ by his enemies, is a masterpiece of sixteenth-century ‘come at me bro’ writing. I usually re-read it on his feast day, December 1st. When sentenced to be hanged, drawn, and quartered, he and his companions—Ralph Sherwin and Alexander Briant—sang the Te Deum. His life story is told in a gripping, award-winning biography by Evelyn ‘Brideshead Revisited’ Waugh.”