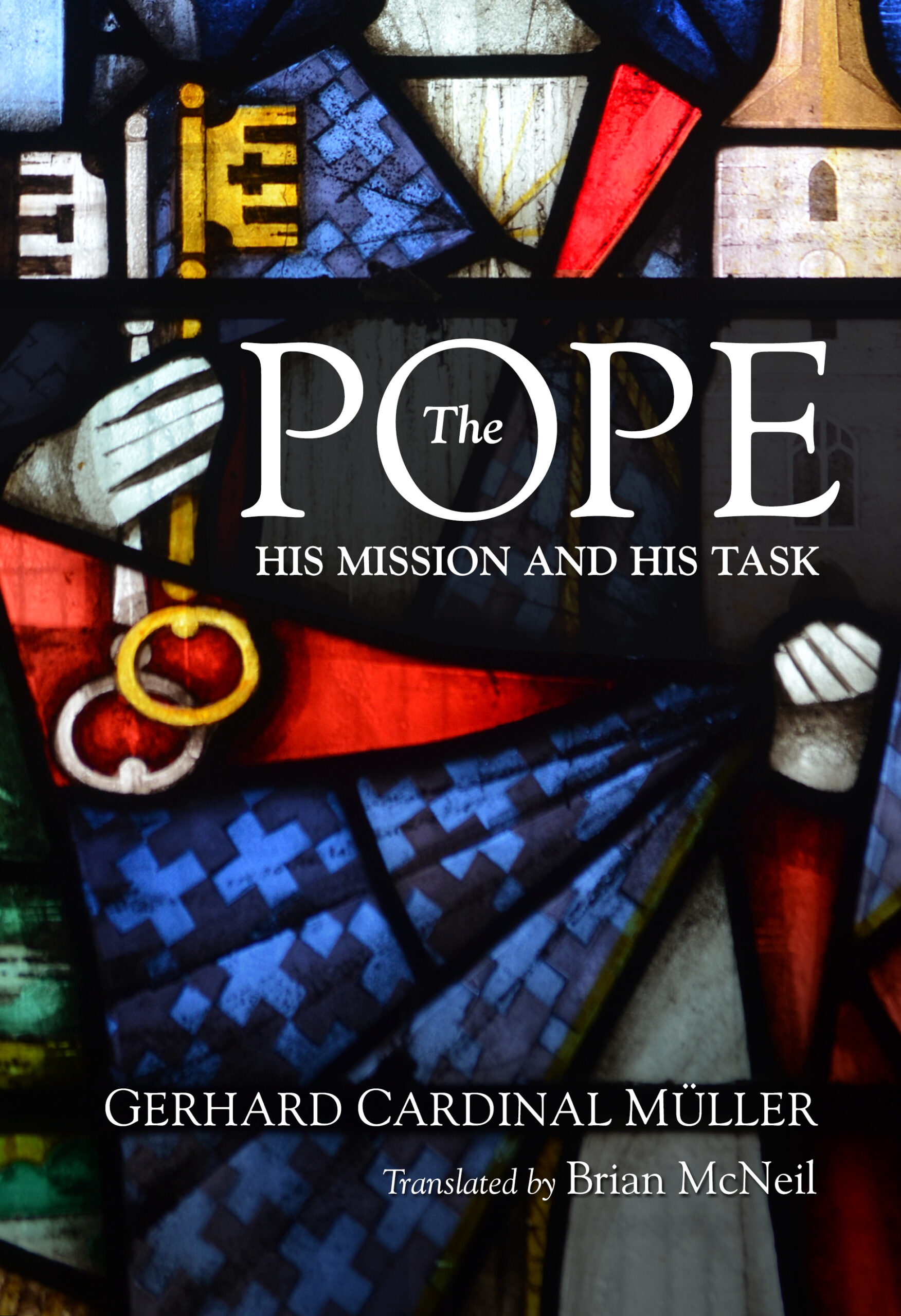 The following is an excerpt from The Pope: His Mission and His Task by Gerhard Cardinal Müller, a new paperback from the Catholic University of America Press.

My Catholic Childhood and Youth

On the day I was born, the feast of Pope Saint Sylvester I (r. 314‒335) in 1947, Pius XII (1939‒1958) had already experienced war, Italian Fascism, and the Nazi period. At that period, he had to confront the atheistic threat to Christianity in the East and the intensifying secularism in the West. When I began school, and during my preparation for First Communion, we heard who the pope was, and above all that we, the Catholic Christians, venerated him as the successor of Peter, the prince of the apostles, and thus as the Vicar of Christ on earth. The pope embodied in his person the unity of the pilgrim Church on earth.

One day—it was on October 9, 1958—my sister Antonia (1940‒2010), who was graduating from high school and thus was in my eyes the highest authority of knowledge, rushed into my room and cried out: “Have you already heard it? The pope has died.”

At that moment, I was most moved by the idea that the pope was now in heaven with Christ. The concept of “pope” was linked to God, Christ, and the Church. As I understood it, the word “dying” had something to do with heaven. After death, our soul comes to God, and then we hope in the resurrection of the flesh to eternal life, and the resurrection of all the dead for the final judgment. In a child’s imagination, the office is virtually identical with the person of the office bearer. For us, Pius XII was simply “the” pope, the successor of Saint Peter, the highest authority in all questions of faith, just as for me at that time Albert Stohr (1890‒1961) was the bishop of Mainz, and we simply could not imagine any other parish priest than our own Philipp Heinrich Lambert (1896‒1960). My first home pastor was the very embodiment of a priest who was zealous for souls; his heart belonged entirely to the poor and the sick and, especially after 1945, also to the German prisoners of war in the camps around Mainz. In his profoundly religious attitude and his social involvement, he was for me the first and the most impressive expression of a “shepherd of souls.”

Pius XII is the pope of my childhood, and he was regarded simply as the embodiment and the criterion of what “Catholic” meant.

As a child of parents who were believers, I received the grace of growing into a life based on faith in God, the origin and the goal of life, and of making this faith more and more something that belonged to me internally. Faith did not spring from an internal subjective experience that then found a secondary expression, as the rationalist philosophy of religion would have us believe. On the contrary, “faith comes from what is heard, and what is heard comes by the preaching of Christ” (Rom 10:17), which was entrusted to the apostles and to the entire Church to be proclaimed. Faith comes from the outside, from hearing and learning and living together with the community of believers in the family, the kindergarten, and the youth group, in the parish community, in the school class and the Church as a whole. In praying and singing, the youthful spirit joins in the melody and harmony of the praise of God, and experiences Jesus, his mother Mary, and the apostles as immediately close in the biblical story. And in the catechism, the child’s spirit finds nourishment and acquires clear ideas about God, Christ, and the Church.

I grew into faith in Christ, so to speak. It is impossible to understand my internal development and my intellectual-moral life without faith in God and love for the Church of Christ. The objective tradition of the Church, as this has found expression in sacred scripture, in the creeds, in the solemn liturgy, and in the dogmatic decisions of the magisterium, is what one learns; and even an educated non-Christian can and ought to be well informed about this.

To purchase a copy of Cardinal Müller’s book, click here.