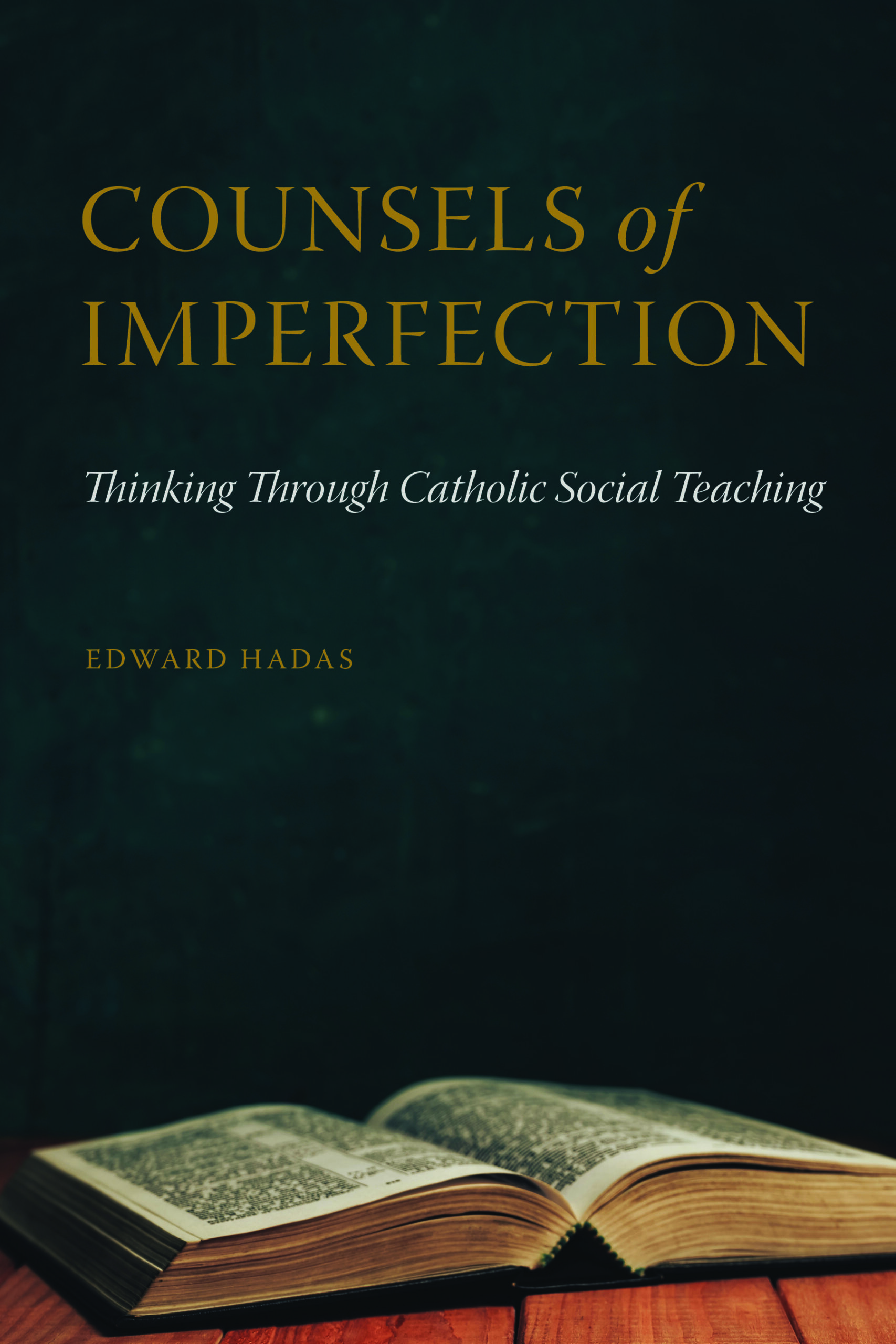 We were delighted to interview Edward Hadas about his latest book with the CUA Press, Counsels of Imperfection: Thinking through Catholic Social Teaching. Hadas is a freelance journalist and independent scholar who writes regularly for Reuters Breakingviews and the Centre for International Governance Innovation. He is also a research scholar at Blackfriars Hall, Oxford University.

Q: Counsels of Imperfection is a pretty holistic look at Catholic Social Teaching, covering topics from war to ecology to sexuality. Which chapter or section was the most challenging for you to write about and why?

A: Each topic had its own difficulties. I had probably thought most about CST and economics before I started writing, but that hardly made writing about it any easier, as I had so much that I wanted to say. Besides, the CST tradition in economics is especially long and controversial, so I had to tread with extra care.  At the other extreme, I probably knew the least about the ecological teaching. The learning was fun and challenging, but I ended up thinking that the teaching is still something of a work-in-progress. It was tricky to balance an appreciation of the profound insights, particularly about the technocratic paradigm, with respectful doubts about the coherence of the Magisterium’s approach.

Q: What do you think is the greatest misconception in the secular world about Catholic Social Teaching?

A: The social teaching is probably not well enough known in the secular world for many people to have misconceptions about it. I would say, though, that when I present the existence and some of the contents of the teaching to secular friends and acquaintances, they are generally impressed by CST’s depth and breadth. There is more resistance to the family teaching, of course, and people are often baffled by the whole framing of the common good in terms of human dignity, virtue, sin and our heavenly calling. But once they grasp the explanatory power and moral seriousness of the approach, they are sometimes at least tentatively appreciative.  I might add that depressingly few Catholics really “get” how CST can help them think through social debates. All too often, the teaching is deployed to support or even to “baptize” a fundamentally secular agenda.

Q: The book’s description specifies that it is primarily geared towards “curious newcomers” to CST. Why did you pick that audience, and why do you think it’s important?

A: I think CST has a lot to offer people, so I want to lure them in. In particular, I want to show them that it is possible for thoughtful people – people who worry about history, philosophy, the ambiguities of modernity, and the deep questions of what we are ultimately trying do in our lives together – to engage with CST. I think that the thoughtful people will be made more thoughtful by such engagement, and that a critical dialogue of such people with CST will only enrich the teaching.

Q: What do you think parents and teachers can do to help young people better understand CST?

A: I am a trustee of a fine British charity, Together for the Common Good, that has developed an interesting program for schools to introduce children to some of the basic principles of CST. I’d love to see more of that – children of almost any age learning to think more communally and less individualistically. As they get older, they can learn with the Church to think deeply about justice, peace, the value and limits of prosperity, and their own responsibility to the wider world. Actually, most of us parents would benefit from thinking and talking more about the same things! Priests too, as far as it goes. I think we all gain when the Christian call to love our neighbor is translated into concrete social action.