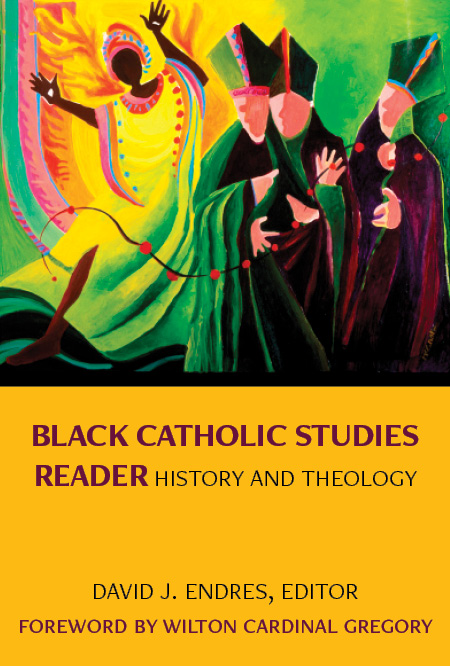 The following is an excerpt from Black Catholic Studies Reader edited by David J. Endres. This portion was taken from Cyprian Davis, OSB’s essay, “Called to Be Leaven: Reflections on African American Catholic Spirituality”, which was first published in U.S. Catholic Historian in 2001.

Is There a Black Spirituality?

Spirituality is one of those words that everyone seems to use without precisely defining it. For many Protestants the word means devotion and devotional practices. Catholics, on the other hand, speak of the Inner or Interior Life, the life of the spirit, the life of prayer, or the prayer experience as spirituality. It includes asceticism or discipline, because one cannot pray well without practices that curb the appetites and create good habits or virtues. As we are physi­cal beings, our prayer experience is affected by our language and bodily expression. Whatever may be our ascetical practices, they are always within the context of a given culture. Moreover, whatever may be our cultural environment, the discipline that governs our behavior varies from culture to culture and from people to people. Thus, we speak of classical French spirituality, meaning the writings of Cardinal de Bérulle, St. Francis de Sales, and others of seventeenth-century France. We speak of the school of English spirituality in the fourteenth century, and we think of the Cloud of Unknowing, works by Richard Rolle, and the Revelations of Julian of Norwich. The ways of searching for God and experiencing his presence in our lives is not done within a vacuum but in a cultural context.

For African Americans this context is the African experience lived out in America. Jamie Phelps, O.P., wrote in an article on African American spirituality: “Black spirituality is a vital and dis­tinctive spirituality forged in the crucible of the lives of various African peoples. . . . No matter where or when they live, black people are fundamentally African people, whose perspective and way of life have been conditioned by their roots in Mother Africa.”4

Chris Egbulem, a Nigerian Dominican theologian, summarized African spirituality under several basic themes: God is the creator of all and all creation is one and good; life on all levels is God’s gift; each person must find one’s meaning within the extended family and the community; and within the context of the community the influence of the ancestors and the handing down of the oral tradition also give meaning. To put it another way, African spirituality embraces all cre­ation as good. There is no dualism, no rejection of the physical and the real. God is our father and mother. All things have their origin in God and his presence permeates all things. The individual is incomplete without the extended family and the community. There is a power in the oral tradition; there is a power in the environment in which we live.5

This vision of African spirituality with its sense of the holy and the emphasis on God, who is both transcendent and immanent, is a part of that spiritual gift that Pope Paul VI challenged all Africans to give to the whole Catholic Church. Challenging the church of Africa to open itself up to the breadth of the Catholic tradition, he called on Africans to let themselves “be capable of bringing to the Catholic Church the precious and original contribution of ‘negritude.’”6

African American Catholics sought their connection with what was considered African values in a program known by its Swahili title as the Nguzo Saba (Seven Black Values). The original Swahili names are the following:

Many African American Catholic programs do have the merit of making this connection between the Nguzo Saba and Scripture. Still, this list of Black values is neither African in origin nor religious in its original meaning. The credit for the Nguzo Saba goes to Maulana Karenga,8 head of the Black Studies Program at California State Uni­versity at Long Beach, California, and director of the African Ameri­can Cultural Center in Los Angeles. In the 1960s, in the wake of the Black Power movement and the resurgence of Black pride and African culture, Karenga began an intellectual movement known as Kawaida (tradition) made up of pan-Africanist thought and socialist ideals. The Black values would serve as the undergirding of this Black nationalist, cultural movement of Kawaida.9 Karenga created Kwanza, modeled after a hypothetical African harvest festival. Kwanza is celebrated from December 26 to January 1. One Black value is celebrated each day. Special kits are sold with black, green, and red candles and programs. Kwanza does not pretend to have any connection with Christmas as a religious celebration.

Is There a Christian Value?

Perhaps it is time for Black Catholics to ask themselves whether Karenga’s Seven Black Values are the final word on what Black spirituality should be. Should not there be a more transcen­dent dimension to Black spirituality? Where is the hunger for God that calls us to enter into the dark cloud of Mount Sinai, where, like Moses, we come face to face with God? Where is that hunger for God that brought Saint Moses the Black to convert from a life of banditry to one of a monk and a priest in the Egyptian desert, becoming one of the first generation of Christian monks and one of the first Black saints.10

7. See the leaflet “Celebrating African American History Month Resource Packet” (Louisville: Office of Multicultural Ministry of the Archdiocese of Louisville, 1999). One of the first Catholic efforts to utilize the Seven Black Values for a Black Catholic concept of spirituality is found in A. M. McKnight, C.S.Sp., “A Black Christian Perspective of Spirituality,” in Theology: A Portrait in Black, Proceed­ings of the Black Catholic Theological Symposium, no. 1 (Pittsburgh: Capuchin Press, 1980), 103–112. In this article, McKnight indicates that all spirituality must find its roots in Christ but that Black spirituality is “wholistic.” This means that it must include the horizontal dimension of concern for one another as Blacks. Our struggle for liberation is not centered in ourselves. In this way the Nguzo Saba should serve as a way to live our Christian life in a way that leads to unity and service.